The era of US-Russia ‘resets’ is over

The Biden-Putin summit made it clear that US-Russian ties will not improve but small-step diplomacy still matters.

“It is about our mutual self-interest,” said United States President Joe Biden at a press conference following his June 16 meeting with Russian President Vladimir Putin. His observation says it all.

The long-awaited summit held in Geneva did not bring about a sea change in US-Russian relations. There was no expectation, on either side, that much would be done to repair ties, which are currently at their worst in decades.

Moscow and Washington look at one another as rivals and that will remain the case going forward. There is no way around it, for strategic as well as ideological reasons. “Resets” are a thing of the past. Donald Trump’s overtures to the Russians, notably the ill-fated summit in Helsinki back in July 2018, only made matters worse.

By contrast, the three-hour-long meeting between Putin and Biden seems to have gone relatively fine. With the bar set so low, the two leaders agreed on a handful of small steps which, if followed through, will lower the temperature between Washington and Moscow. It is a simple formula: set to one side contentious issues and pursue areas where some give-and-take is possible as well as desirable.

The summit yielded a brief joint statement that highlighted the achievements of Russian-American cooperation on strategic arms control from earlier this year. In a phone call on January 26, Putin and Biden agreed to extend the New Start treaty, which was due to expire in February, for another five years. This gave both sides time to work out a replacement agreement.

Furthermore, the two presidents agreed to send back their ambassadors to the respective capitals, restoring normal diplomatic relations. Both diplomats were recalled by their governments in March-April, ostensibly “for consultations”.

The test case of how far engagement can go is the greater Middle East. There are several issues that were discussed during the meeting. In Syria, the US government wants a coordinated strategy for delivering humanitarian aid, possibly through a crossing on the Syrian-Turkish border.

The Iranian nuclear deal is another issue that was raised and that Washington and Moscow could cooperate on. The Biden administration has restarted talks with Tehran about the modalities of the US return to the Joint Comprehensive Plan of Action. Russia, as one of the signatories to the agreement and a partner of Iran, has a clear stake.

Post-withdrawal Afghanistan might turn out to be yet another area of mutual interest. Neither the US nor Russia would want to see the Taliban return to power in Kabul. With the Western troops gone and Moscow more apprehensive about a surge in radicalism in the region than American expansionism, cooperation is more likely.

If Russians and Americans find common ground on these critical issues, history will judge favourably the Geneva summit.

There is no scope for agreement on fundamental matters, however. Pragmatically minded as they are, Team Biden signalled they are loathe to cut the Kremlin any slack on either the clampdown on domestic opposition in Russia or on the war in Ukraine. The US has to strike a fine balancing act: on the one hand, sticking for democratic principles and on the other, engaging with Russia and treating it as a fellow great power.  Biden’s reference to Putin as a “worthy adversary” is music to the Kremlin’s ears in that it signals respect.

However, Washington will not switch to realpolitik and throw by the wayside values and principles. Tellingly, the summit yielded next to nothing on Ukraine which, weeks ago, dominated the headlines. There is simply no scope for a geopolitical tradeoff between the US and Russia of the kind Putin would possibly like to see.

As a result, the Moscow establishment will continue to look at America with suspicion and fault it for promoting “regime change” and “colour revolutions”, as it has done pretty much since the mid-2000s. The US, in the meantime, will view Russia as a flag-bearer of global authoritarianism alongside China.

Part of Biden’s mission in Geneva was to convey a message that the US government would fight back against any attempt by the Russians to stir trouble in the American homeland, whether it is through cyberattacks or other forms of political interference, as in the run-up to the 2016 presidential elections.

Can this minimalist formula of bilateral relations championed by Biden but also endorsed by the Kremlin work? Only time will tell.

The hostility and distrust on both sides leave plenty of ground for scepticism. It will not take much to prompt fresh tensions between Moscow and Washington. Even though the US would rather be focusing on China and the Kremlin would rather put its energies on shoring up political support at home, the rivalry has developed a life of its own and is very much institutionalised.

But one takeaway from Geneva is that conditional engagement is not a lost cause. It is not for nothing that both Biden and Putin emerged from the summit in a visibly upbeat mood. Russia got some of what it wanted: being treated as a peer by the US. The Biden administration, too, got mileage out of the meeting which it originally proposed back in April. The US president appeared to stand up to Putin but also likely extracted commitments.

Looking at the bigger picture, the era of failed resets between Russia and the US, spanning the Bush, Obama and Trump presidencies, is over. What we have now, as the Russian foreign policy observer Vladimir Frolov notes, is “respectful hostility”.  There is a good chance this state of affairs will prove durable.

*Dimitar Bechev is Europe’s Futures Fellow at the Institute of Human Sciences in Vienna. 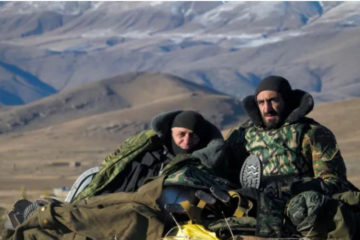 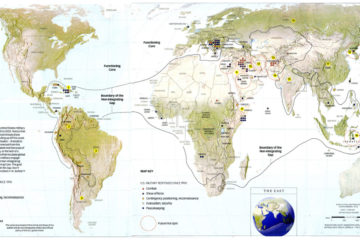 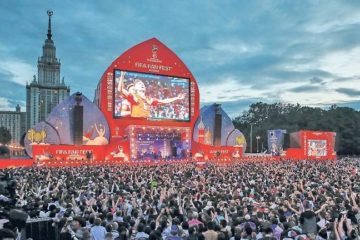